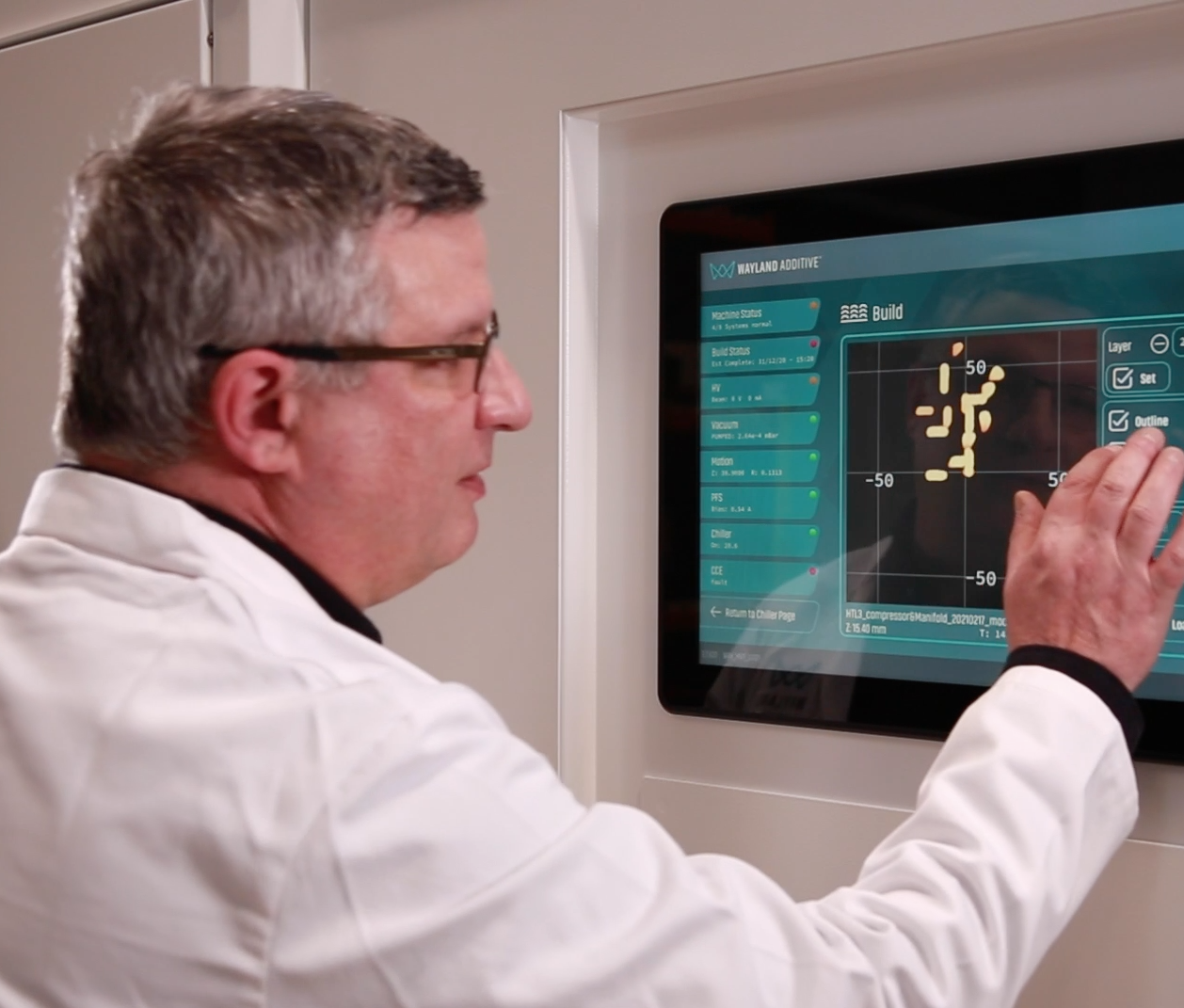 “The hard work of the Wayland team that went into developing the process and this new hardware platform was realized today,” said Will Richardson, CEO of Wayland, at the start of the machine. “Now our mission is to really demonstrate the difference Calibur3 can make for metal AM applications.”

Wayland has been working on its proprietary NeuBeam technology in Huddersfield since September 2019 when the company received £ 3m to develop an EBM system for its industrial customers. In essence, the company’s novel process aims to combine the benefits of laser and EB approaches to enable users to 3D print metal with higher throughput.

During the conventional manufacture of EBM additives, systems can often accumulate charges, creating an overheated build chamber and causing smoke that affects the final part density. This also reduces compatibility with certain alloys. In contrast, NeuBeam is a “charge-neutral” process, ie only sections of the powder bed in which the part is currently being printed are heated.

As a result, partially sintered powder is no longer a problem, post-processing is kept short and simple, and a wider range of metals can be processed without compromising the production of low porosity parts. The decisive factor is that the NeuBeam technology, thanks to its neutral EB configuration, is also able to print residual stress-free objects in 3D. This potentially makes it a highly repeatable method of making larger parts than is currently possible. 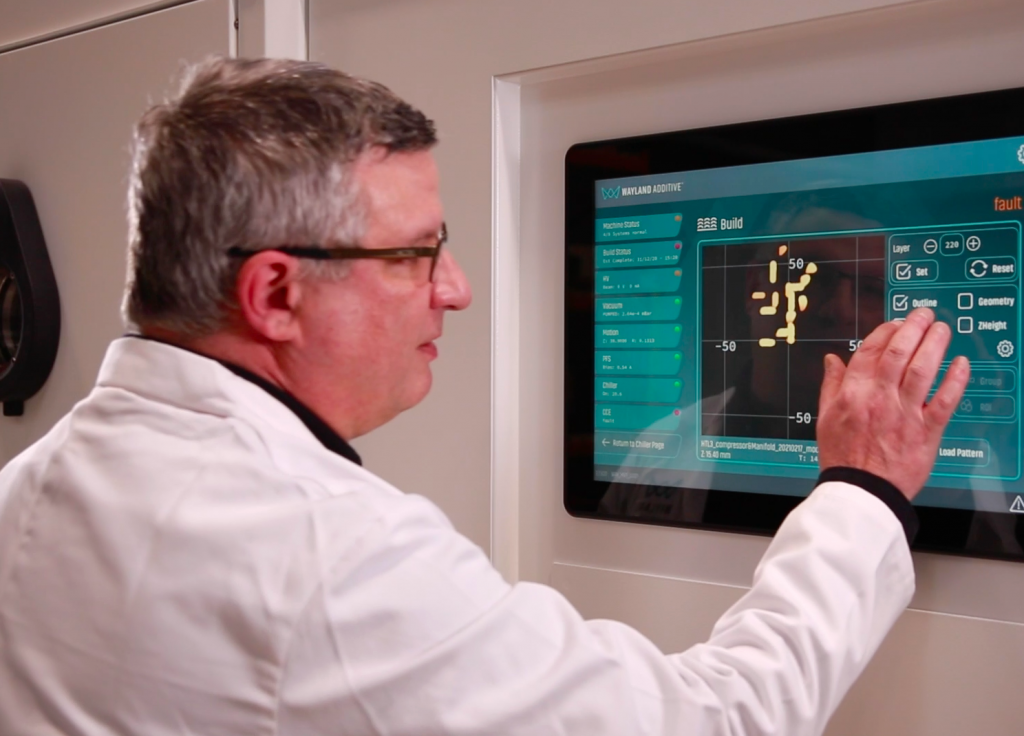 First, Wayland introduced the Calibur3 in April 2020 after licensing its Neubeam process from parent company Reliance Precision. While the company intended to commercialize its new machine and complete six orders by the end of 2020, it had to be postponed to January 2021 due to COVID-19 restrictions before it was finally released in March 2021.

Although the full specifications of the Calibur3 have not yet been published, it is known to have a build volume of 300 x 300 x 450 mm, which offers improved energy consumption compared to similar EB-based systems. The newly introduced 3D metal printer from Wayland offers functions for partial monitoring on site thanks to integrated light scanning, electron image and infrared camera modules.

Using this captured image data, users can effectively monitor the temperature of the entire bed during processing and intervene if topology defects are detected. The system’s cameras also offer end-to-end traceability, thereby helping to qualify it as a 3D printing unit that can be used to repeatedly produce ready-to-use parts. 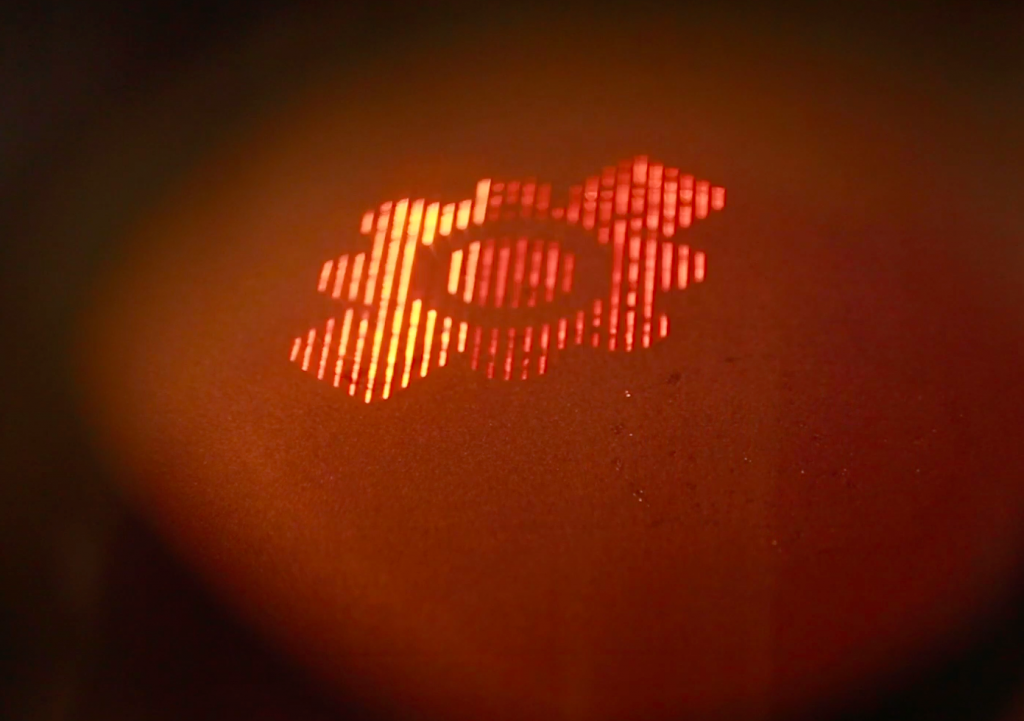 According to Peter Hansford, Director of Business Development at Wayland, the Calibur 3 offers a “leap forward” compared to existing technologies. “Because this overcomes the tradeoffs most organizations face in using metal AM, they can now revisit applications that were previously viewed as problematic and develop projects with a clearer view of the process,” said Hansford.

“The Calibur3 system and the NeuBeam process provide a true third path between SLM and EBM systems,” he added. “NeuBeam is a metal additive manufacturing process that saves both time and money from end to end and benefits commercial goals through real production partnerships.”

After Wayland breaks cover with its new machine, the company plans to hold a more detailed in-person kick-off event on May 19, 2021. If you want to see the Calibur3 up close, you can register via the company’s website.

Shake up the EBM room

Despite the technology’s potential as a means of 3D printing high-strength parts, EBM is one of the less common technologies in the industry. As a result, Wayland is entering a market that is largely dominated by a small handful of companies such as GE and its Arcam system family that serve the vast majority of customer needs.

EB technologies have recently found extensive medical applications and Chinese implant manufacturer AK Medical decided to install eight Arcam EBM Q10plus 3D printers in August 2020. The company has been working with EBM since 2009 and intends to move beyond bone joints to other areas of personalized medicine in the future.

Elsewhere, Wipro3D has developed its own proprietary EBM 3D industrial printer in collaboration with the Indian Institution of Science (IISc). Like Wayland’s Calibur3, the Indian system enables the manufacture of higher density parts and the company eventually plans to use it in aerospace and defense end-use applications.