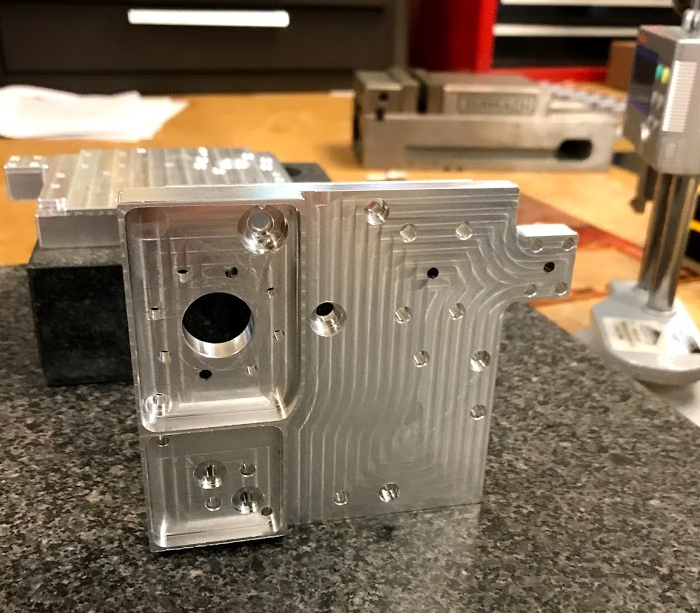 Instead of using the standard SonicLayer 7200 to manufacture the thermal controllers and their complex internal geometries, Fabrisonic decided to use its smaller, more efficient machine. Not only were the resulting components less expensive, but their seals passed JPL’s rigorous tests, including a simulated Atlas V rocket launch.

With the SonicLayer 1200 3D printer, Fabrisonic was able to manufacture the heat exchanger (see illustration) more cheaply than before. Photo via Fabrisonic.

Because the technology operates at low temperatures, it is sometimes used to 3D print integrated electronics, and the company has recently experimented with making larger hybrid structures. However, the process is more commonly used in aerospace applications, and Fabrisonic has worked with NASA on several occasions.

In collaboration with Luna Innovations, for example, the company was able to print sensors directly onto a NASA fuel line, while corrosion-resistant UAM cladding is currently being developed in a separate SBIR project. As part of its most recent NASA collaboration, Fabrisonic has now used its UAM process to create another end-use space component. 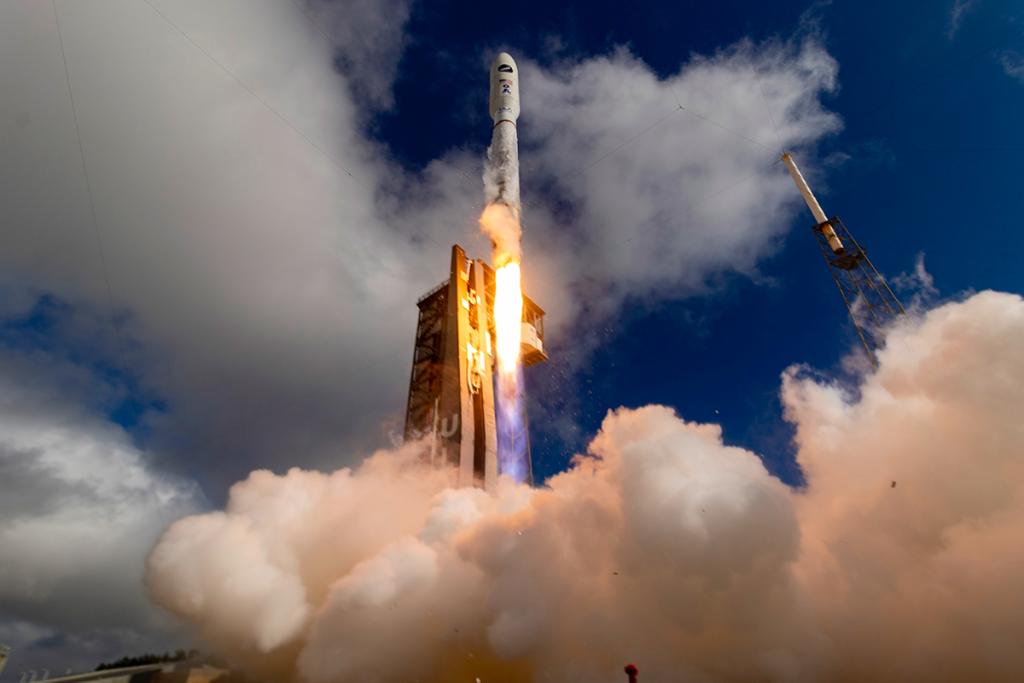 The 3D printed part from Fabrisonic passed NASA’s JPL tests, including a simulation of the launch aboard the Atlas V rocket (pictured). Photo via NASA.

In his latest NASA project, Fabrisonic was hired through the College of Engineering at Utah State University (USU) to develop two unique parts for a thermal satellite system. Although completely hermetic components had previously been realized with the SonicLayer 7200 3D printer from Fabrisonic, this time the company’s engineers opted for the 1200 machine and its more cost-effective construction volume of 10 x 10 x 10 inches.

During production, the team used a combined additive and subtractive approach in which the complex fluid channels of the parts were created using CNC machining and filled with carrier material. Once applied, these carriers effectively prevented excess metal from extruding into the cavities of the devices during printing.

After post-processing, in which the carrier material was washed out, the parts were brought into their final shape, with the exchangers leaving smooth, precise fluid channels. To test that the devices were hermetically sealed and leak-proof (which is essential for end-use), they were subjected to rigorous JPL testing.

Ultimately, the parts conquered a range of tests including submersion underwater, exposure to 50 psi pressure, and a simulation of the vibrations experienced on board the Atlas V. After passing the initial assessments, the devices are now on their way to final testing at USU, where a helium leak detector is used to simulate the vacuum of space.

3D printing has produced many different heat exchangers over the years, with applications ranging from the automotive industry to clean energy generation.

In October 2017, the French chemical company Air Liquide was recognized by the European Chemical Engineering Association (EFCE) for its 3D printed heat exchanger. By steam reforming natural gas, the additively manufactured reactor has reportedly increased the efficiency of its hydrogen production process.

Similarly, GE Research, the research and development division of the American conglomerate GE, used 3D printing to create a low-emission heat exchanger for power generation applications. The advanced additive device was developed as part of a two-year project aimed at making power plants both cleaner and more efficient.

Other companies in the 3D printing industry, including Farsoon, have also experimented with optimizing thermal regulating devices, and the Chinese company 3D printed a copper proof-of-concept in 2019. By manufacturing the complex spiral device as a single part, Farsoon was able to reduce its overall costs by around 35%.

The picture shown shows the heated heat exchanger made with a Fabrisonic 3D printer. Photo via Fabrisonic.