For the project, the team constructed a 3D printer specially developed for SLA, with which the scientists could adapt their optical fibers with previously impossible internal geometries. Similar to any resin-based system, it cures photopolymers layer by layer into solid pieces, but offers “unparalleled ease and precision” while producing fiber structures at much faster speeds than traditional manufacturing processes. 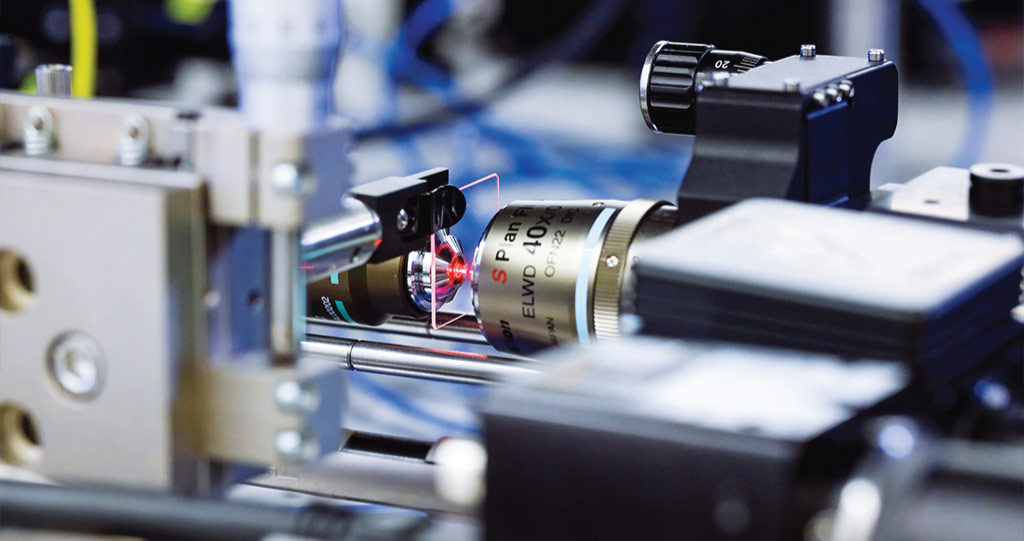 According to Bertoncini, the novel process also enables the creation of multiple cross-sectional areas along a single optical fiber – a feature that would otherwise be impossible. The technique can be used to split a beam of light into its individual polarization components, much like a prism does with a beam of white light. Multiple cross-sectional areas can also be used to vary the focus of a light beam as needed, paving the way for an entirely new way of manufacturing high-speed, highly customizable optical fibers. 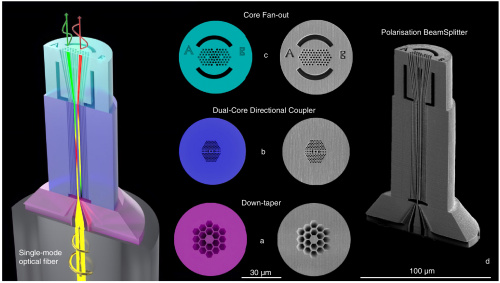 3D printing of optical devices is an innovative sector in additive manufacturing. Luxexcel, a specialist in 3D-printed eyeglass lenses, recently worked with the waveguide manufacturer WaveOptics to print prescription-only 3D glasses with augmented reality (AR) functionality. The upcoming lens modules will combine the lenses from Luxexcel with the waveguides and light projectors from WaveOptics, thus providing intelligent technology in a normal form factor that can be integrated into commercially available eyeglass frames.