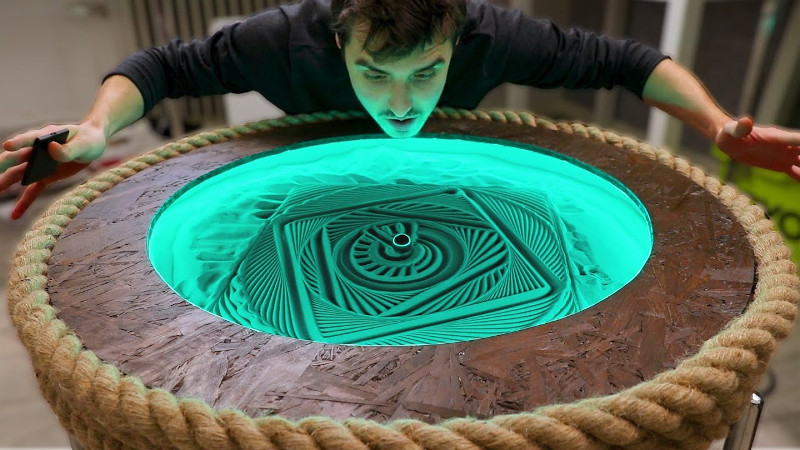 Sand plotters are beautiful machines. You can create endless patterns over and over and then wipe away your own creation with each new iteration. After seeing the famous Sisyphus sand sculpture online, [Simon] decided to make his own.

The build came together quickly thanks [Simon]well-stocked workshop and experience with CNC motion platforms. The frame was built from wood with a combination of hand cut and laser cut parts. After the outer edge was wrapped in fabric, the rope was replaced with a stylish, organic look. LEDs have been installed inside to illuminate the sand for an attractive effect. The metal ball is moved through the sand by a magnet attached to an XY platform on the back of the table. The platform consists of old 3D printer parts. A Creality CR10S Pro was chosen because of its extremely quiet stepper drivers. Initial attempts to make the system almost noiseless were suspended by the crunching sound of the ball rolling over the sand. This was fixed by mounting the ball on a foam cushion instead. As the ball is now being pulled instead of rolling, the effect is a blissful calm rather than a crunching deterioration.

The final build is incredibly attractive and something we’d love to have as a coffee table for conversation. We’ve seen [Simon]Here, too, work is done earlier – with the water-running RC car a special highlight. Video after the break.