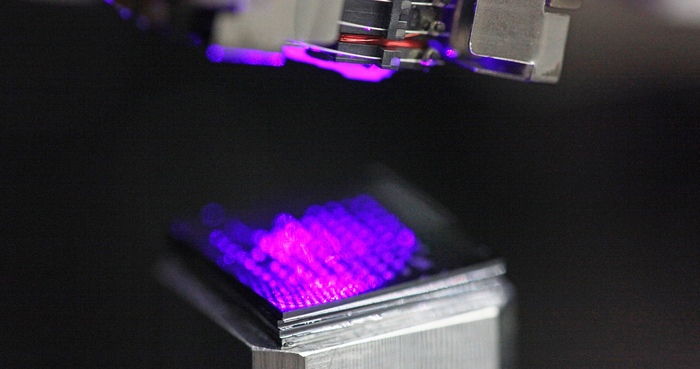 Researchers at the Technical University of Denmark (DTU) used a component of a Microsoft Xbox 360 to develop a high resolution, large volume, nanoscale 3D printer with various applications in the medical field.

The team took an OPU (Optical Pick-up Unit) component from an Xbox 360 console to replace a traditional optical stereolithography (SLA) system to drastically simplify the SLA 3D printing system. With the OPU costing less than $ 5, the researcher’s solution could potentially add thousands of pounds to the affordability of such devices.

“With our 3D printer, which can print 3D objects on a micro- and nano-scale, we can reduce printing resolution from ten micrometers to hundreds of nanometers without expensive special components,” said DTU doctoral student Tien-Jen Chang and member of the research team.

“And compared to other stereolithography systems, we have a simpler and more compact nanoscale 3D printer.”

Hardware hacking for affordability and simplification

Hardware hacking has already been done in the medical 3D printing world. After the anarchist biohacking network, the Four Thieves Vinegar Collective developed a 3D printable kit for homebrewing drugs that served as an accessible alternative to industrial chemical reactors. Called the Apothecary Microlab, the device is capable of synthesizing homemade drugs for conditions such as HIV, opiate overdoses, and drug withdrawal. The collective has also printed affordable 3D versions of the Epipen and various other medical devices.

Open source 3D printing, supported by representatives of the RepRap project, which celebrated its 10th anniversary in 2018, is another way of making technology, software and processes accessible to all and has an ethos similar to that of DTU researchers are opening up the affordability of SLA 3D printing devices to others. 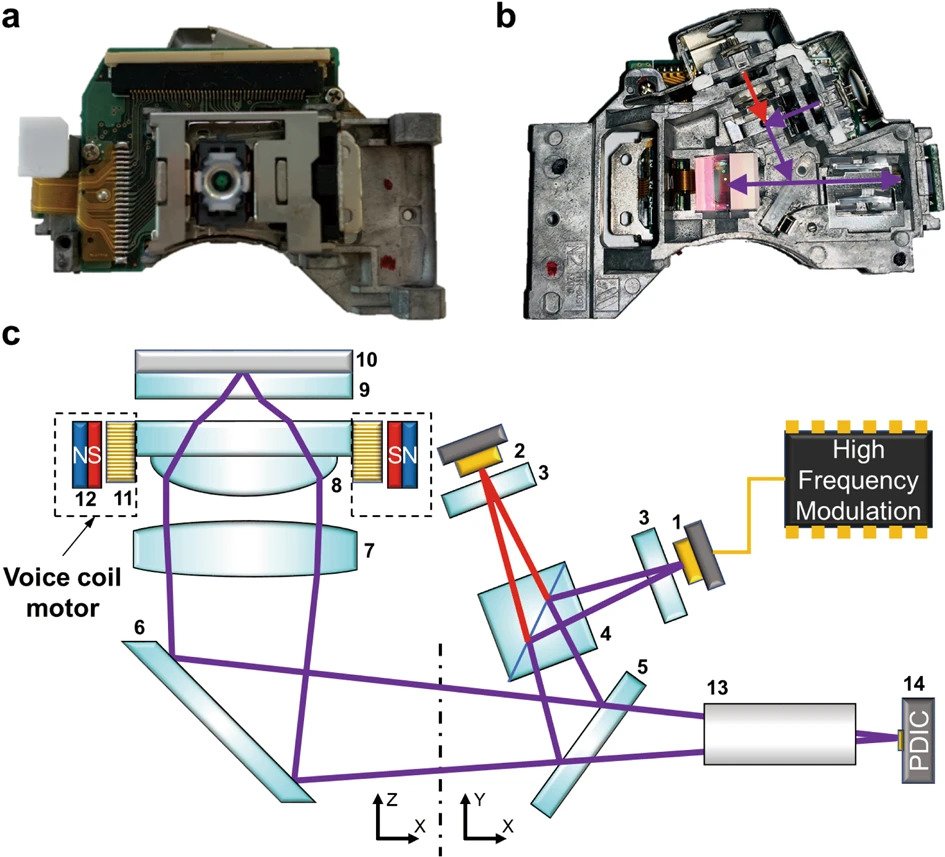 An OPU is a component that reads and writes data from optical storage discs such as Blu-rays, high-definition DVDs, and CDs. The Xbox OPU offers not only a light source, but also diffraction-limited optics in a compact size. Because of its high-precision measurements and multi-wavelength laser modes, the researchers decided that it was an ideal replacement for traditional optical SLA systems.

The team extracted the HD DVD OPU from an Xbox 360 and designed their own 3D printer based on an inverted SLA system that aimed the laser point upwards. The OPU emits a 405 nanometer laser that is focused inside the photopolymer container, while an embedded controller connects to a custom OPU driver and motor driver to adjust the laser intensity and wavelength. The motor driver controls the XY-axis and Z-axis linear stages with resolutions of 312.5 nm and 62.5 nm, respectively, while the embedded controller communicates with a computer to implement the printing process.

While traditional SLA systems require external sensors to print, level the substrate and achieve high-precision printing, the OPU 3D printing system proposed by the DTU researchers directly uses the embedded sensors to measure the distance between the focal point and the substrate surface at nanoscale Determine resolution. The sensors can also adjust the substrate surface, OPU focal plane, and tilt level while a voice coil motor adjusts the objective lens to measure the thickness of the photopolymer.

Because of these changes, the DTU team believes that the sensor system embedded in the OPU could be used to significantly optimize and increase the yield of micro- and nano-scale 3D printing.

“We believe this technology can affect different areas of health technology,” said DTU Associate Professor En Te Hwu. “The original goal for developing our own 3D printer was to be able to print cubic centimeters with micro / nano resolution for our own development of micro-container based drug delivery. And we couldn’t find a 3D printer system on the market that could. So we had to make our own. “ 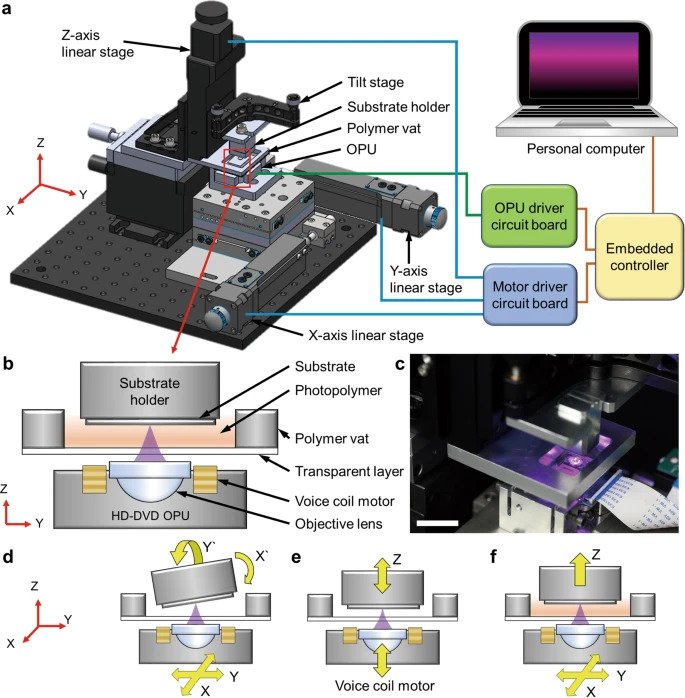 In addition to 3D printing their own microscale containers for oral drug delivery, researchers see far more extensive applications for the developed technology across the medical sector. They also believe the OPU system has “great potential” for commercialization and plan to start a spin-out based on this research in the next few years.

“In addition to 3D printing our microscale conatins the diameter of human hair for more efficient developments in oral drug delivery, this system can also be used to print painless microscale needles that are used on skin patches to expedite transdermal drug delivery development.” continued Hwu.

For more information on the researchers’ technology, see the article in the journal Communications Physics entitled “Micro- and nanoscale 3D printing with an optical pick-up unit from a game console”. The study was co-authored by T. Chang, L. Vaut, M. Voss, O. Ilchenko, L. Nielson, A. Boisen, and E. Hwu.