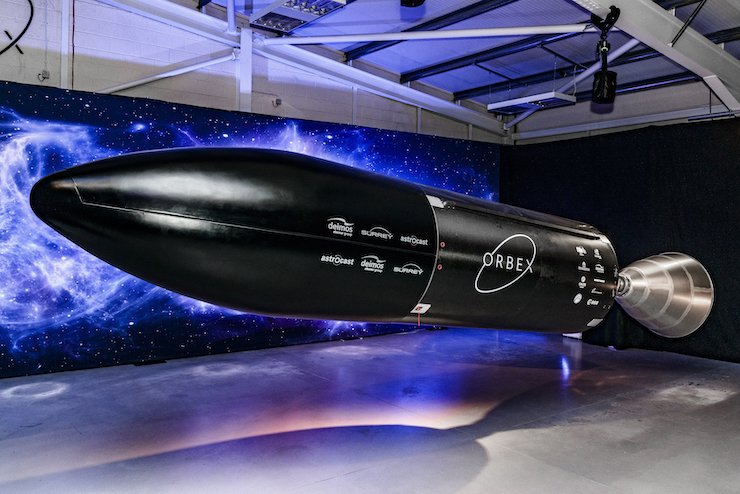 Space company based in the UK Orbex revealed that it will be using a huge custom 3D printer from EOS‘s AMCM Shop (Additive Manufacturing Customized Machines) for building rocket engines.

Orbex is headquartered in Scotland and has design and testing facilities in Denmark. This new in-house role will allow the production of more than 35 large rocket engine and turbo-pump systems at the main stage per year to grow before rockets can be launched from Space Hub Sutherland on the A’Mhoine peninsula in Sutherland in 2022.

The company, which previously acquired metal additive manufacturing technology from SLM Solution, plans to manufacture lightweight and one-piece structures from custom blends of titanium and aluminum to withstand the extreme pressures and temperature conditions of space travel. These printed components will be part of Orbex’s 19-meter-long Prime “Microlauncher” rocket, designed to propel small satellites into polar orbits around the earth and powered by biopropane, a clean-burning, renewable fuel that reduces CO2 emissions by 90% % reduced compared to kerosene-based fuels.

“While our rocket engines and other critical systems are pretty mature after years of testing, a large in-house 3D printing system like this one gives us far greater speed and flexibility as we ramp up production,” said Chris Larmour, CEO of Orbex: “This means that we can iterate and increase performance further. In the long term, as we prepare for several launches per year, we will have better control over our costs and our supply chain. “

The company is said to have signed a “multi-million pound contract” with AMCM, which includes the printer, post-processing machines and “machine vision” for inspection. Orbex has expanded its facility by an additional 1,000 square feet to accommodate the new kit following a $ 24 million investment led by BGF and Octopus Ventures.

“Investing in a large 3D printing system like this says a lot about Orbex’s ambitions in the European space sector,” said Martin Bullemer, MD of AMCM. “To be a leader in the European market, they need the production reliability and speed that such a large-scale 3D printing system can offer them. And while this is an important purchase, it will allow Orbex significant cost control in the years to come. “

AMCM’s large-scale custom systems have already been adopted by a number of customers for commercial space applications, including Launcher, one of the first customers to use a modified EOS M 400 with 1000mm Z-axis to build an E-2 engine combustion chamber in one Piece, while in the US metal AM specialist Sintavia recently announced plans to use two AMCM printers to 3D print missile parts in a North American country.