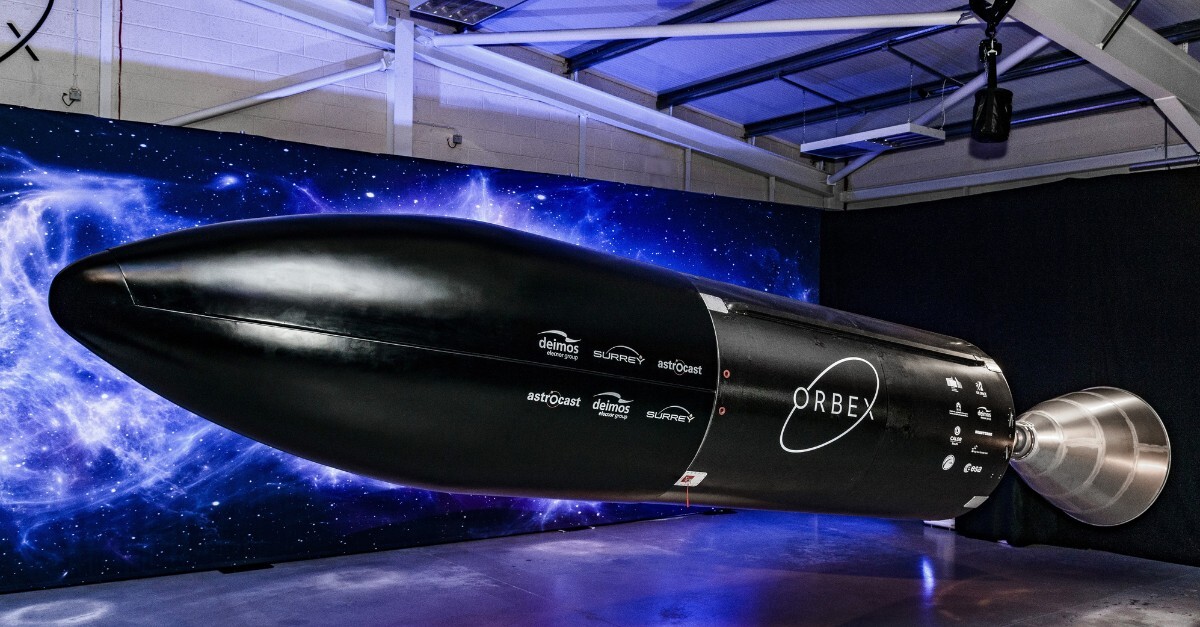 AMCM was hired by the rocket company to build the bespoke 3D printer, which Orbex says will enable the printing of more than 35 large rocket engines and turbo pump systems on the main stage per year.

The innovative 3D printing system prints rocket parts from a combination of metals, including titanium and aluminum, to create a lightweight system that can withstand extreme space flights.

Orbex prints components such as rocket engines in one piece, eliminating the weaknesses that can arise from joining and welding.

The 3D-printed components will be key parts of Orbex’s launcher, a 19-meter-long “microlauncher” rocket designed to propel small satellites into polar orbits around the earth.

“While our rocket engines and other critical systems are pretty mature after years of testing, a large in-house 3D printing system like this gives us far greater speed and flexibility as we ramp up production,” he said.

“This means that we can iterate and increase performance. In the longer term, as we prepare for multiple launches per year, we will have better control over our costs and our supply chain. “

The multi-million pound deal was signed today after a number of successful attempts to print various missile components over the past few months. As part of the contract, AMCM will deliver a “complete print suite” with post-processing machines and image processing systems.

To accommodate the new machines, Orbex announced that the factory space will be expanded by an additional 1,000 square meters.

“Investing in a large 3D printing system like this says a lot about Orbex’s ambitions in the European space sector,” said Martin Bullemer, MD of AMCM.

“To be a leader in the European market, they need the production reliability and speed that such a large-scale 3D printing system can offer them. And while this is an important purchase, it will allow Orbex significant cost control in the years to come. “

Orbex recently announced that it has secured $ 24 million in a financing round led by BGF and Octopus Ventures, one of the largest VCs in Europe.

In August 2020, the building permit was granted for Orbex’s home space Space Hub Sutherland on the A’Mhoine peninsula in Sutherland.

The A’Mhoine site is currently the only UK spaceport to have received a building permit. The start of construction is expected in 2021 and the first orbital launch in 2022.