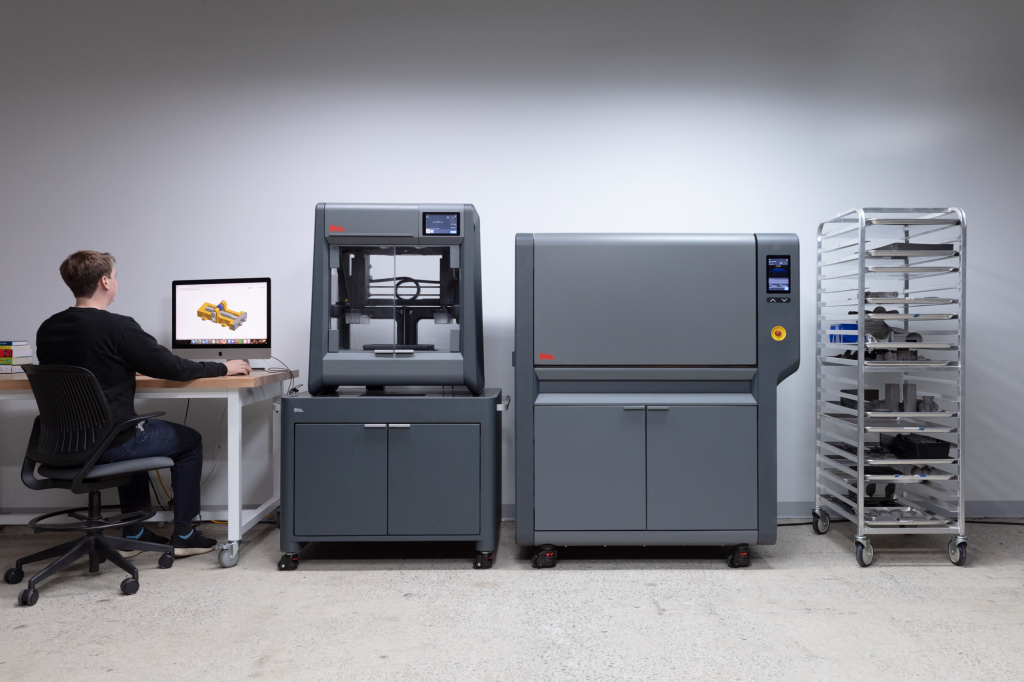 Based on the previously released Studio System +, the new System 2 is an office-friendly machine designed for small-volume prototyping and custom end-use production. The system is based on the company’s own Bound Metal Deposition (BMD) process, a metal FFF technology, and eliminates loose powders and lasers in favor of bonded metal rod extrusion (metal powder with a polymer binder).

Ric Fulop, CEO and Co-Founder of Desktop Metal, said, “Desktop Metal continues to drive innovations that enable additive manufacturing to compete more effectively with traditional manufacturing processes. Our next generation Studio System 2 takes the best features of the original Studio System + and improves them significantly. It delivers metal parts for end use of higher quality through an optimized and accessible process and on an even smaller footprint. “

The Studio System 2 with its oven unit. Photo via Desktop Metal.

Since its inception in 2015, Desktop Metal has dipped its toes in various metal 3D printing technologies. The original extrusion-based studio system, which includes a printer, a debinderer and an oven, has been shipping in large numbers since the end of 2018. The machine made a name for itself after being adopted by several well-known companies from various industries, including BMW Group, Google, and 3M, to name a few.

In the metal binder jet area, Desktop Metal also offers its shop and production systems. The former is marketed as the world’s first metal binder system for workshops and can 3D print up to 70 kg of steel per day. On the other hand, the production system is the company’s large format printing machine with a construction volume of 337 x 337 x 330 mm.

The Studio System 2 retains all the important functions of its predecessor and has two quick-change print heads and a construction volume of 300 x 200 x 200 mm. It works with a new optimized two-step process with a core printer and an oven unit. In this way, the previous debind-sintering phase is combined into a single phase, which reduces the space requirement of the system and avoids the use of solvents. After printing, green parts are placed in the 1400 ° C oven to increase their density and improve their mechanical properties. At this point they are ready to use.

On the software side, the Studio System 2 is supplied with new pressure profiles and a new type of high-strength isotropic TMPS filling setting for optimal part strengths and surface properties. Desktop Metal will be launched alongside the machine and currently offers a 316L stainless steel material with additional alloys to be launched later in 2021.

Fulop adds: “With our optimized Studio System 2 process, companies can produce difficult-to-machine parts with complex geometries such as undercuts and internal channels. In manufacturing, tooling, automotive, consumer goods and electronics, and medical applications, companies are sharing how additive manufacturing challenges their design and development teams to think differently about how designs can be optimized for the best partial success in their class. “ 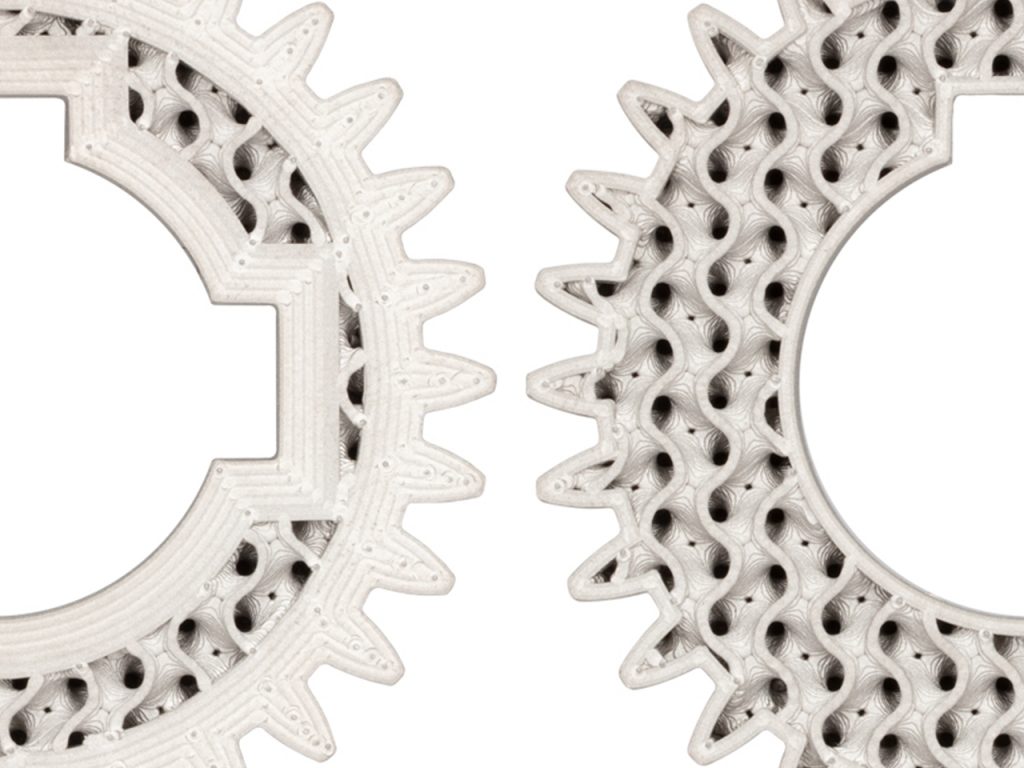 Below you will find the technical data for the Studio System 2 3D printer. The machine is expected to begin shipping worldwide in the first quarter of 2021 and will be available as an upgrade to all existing Studio System customers. Readers interested in purchasing the machine can obtain a quote on the Desktop Metal website.

The picture shown shows the Studio System 2 with its oven unit. Photo via Desktop Metal.